Getting familiar with how you use the Palate Deck requires trying some beer, so let’s walk through a widely-available beer to get a feel for how using it to evaluate that beer works.

We’ll start with a Quebec beer that is well known throughout the world, Unibroue’s Fin du Monde. This flavorful Belgian-style tripel is packed with fruit and spice, and carries some serious weight at 9% ABV. Its complexity makes it a great way to show off how the Palate Deck can adapt to your experience level with beer tasting.

Here’s a very basic tasting mode. If you (or friends you’re sampling with) are new to beer tasting, you can keep it simple and focus on generals without getting wrapped up in specifics. Pull out the color cards and the Tasting Family cards (20 cards in total) and simply play the ones that match the beer. 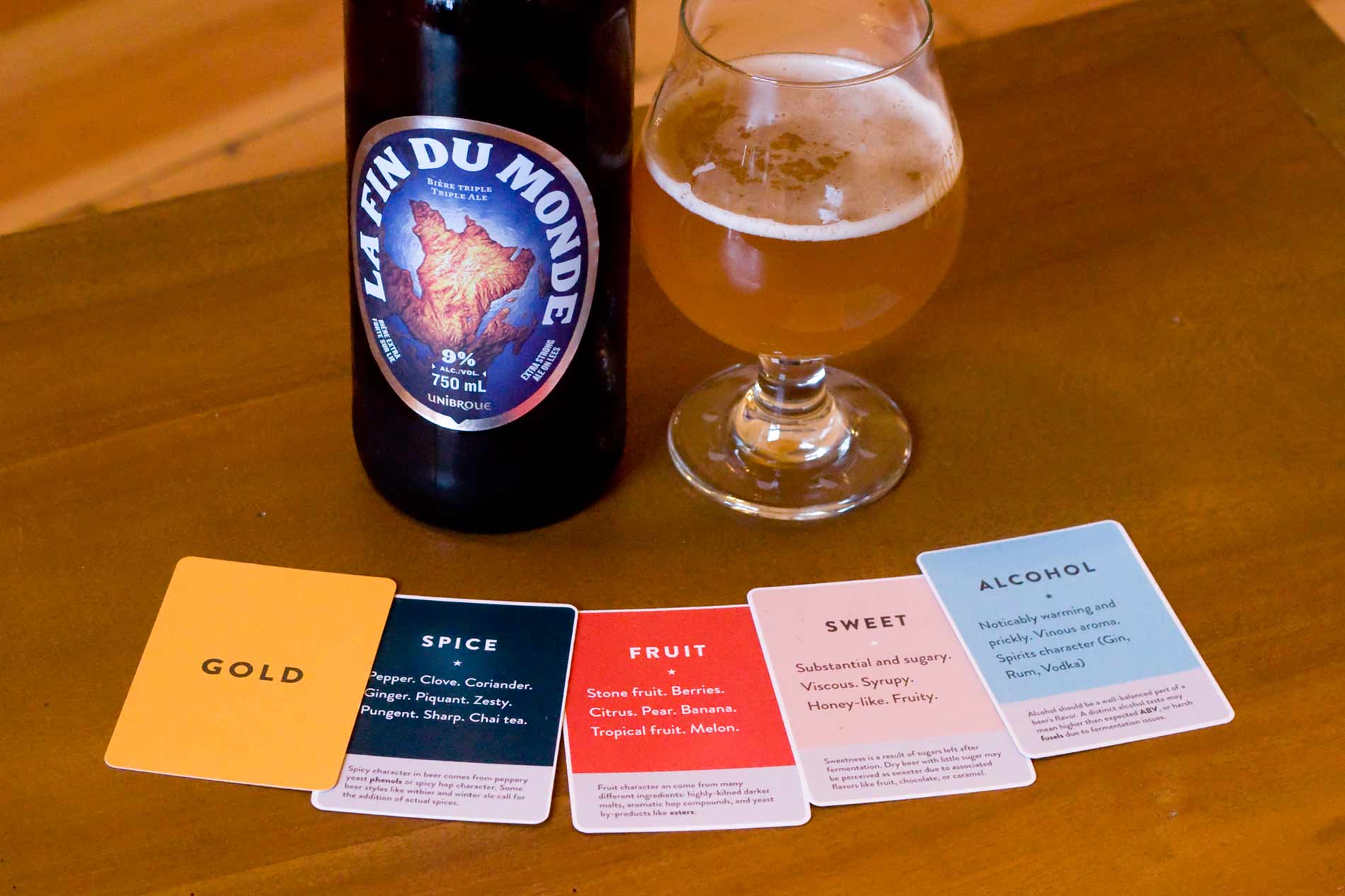 Fin du Monde is a hazy golden color, and the spicy fruity notes are prominent along with some sweet flavor and a noticeable alcohol character. You might only be able to match 3 or 4 cards, but maybe you’ll find 7 or 8 that match; either result is okay.

That may be as far as you want to go, and that’s enough to get a feel for what the Palate Deck can offer. But you may also notice during the conversation that you naturally gravitate toward breaking it down further. 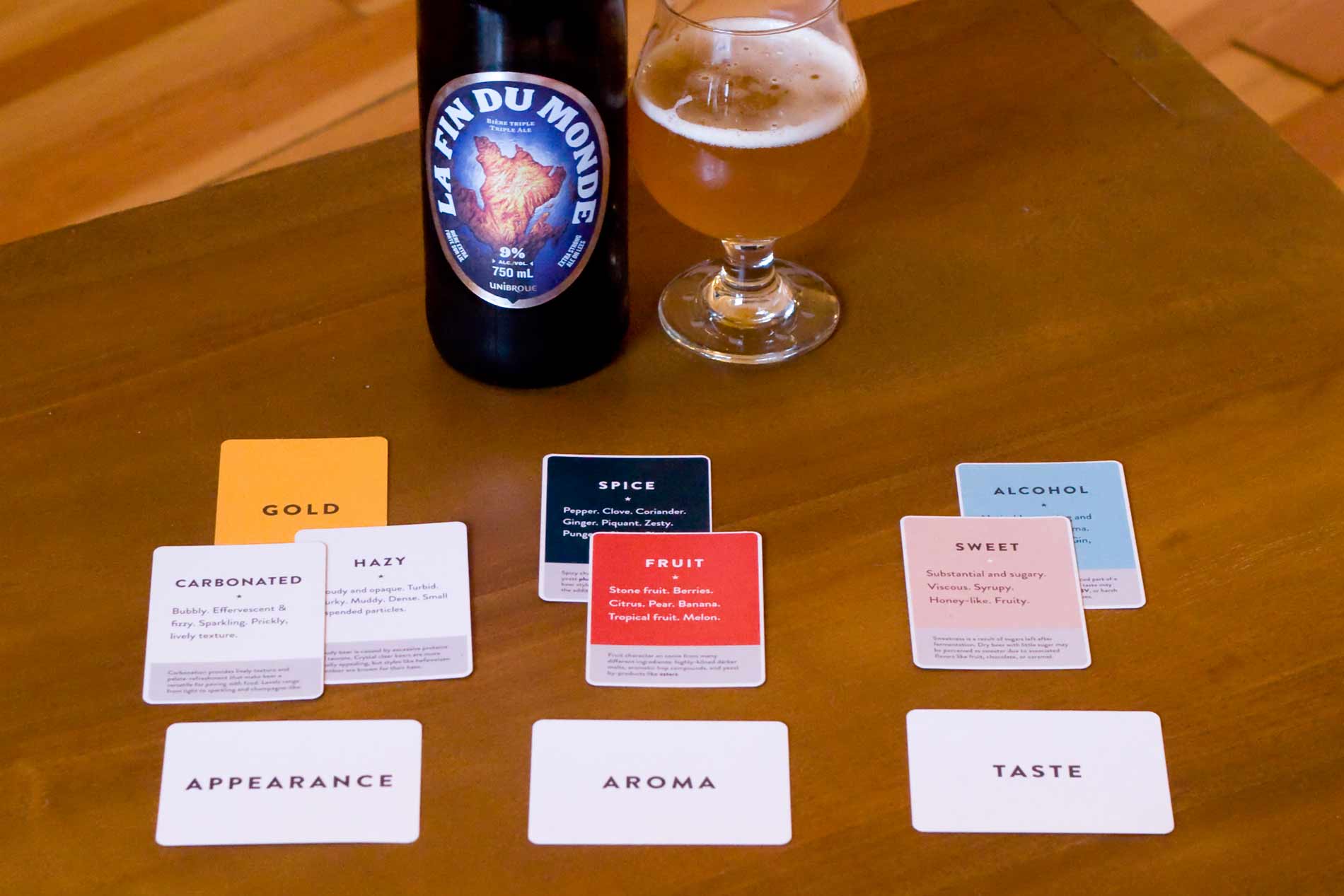 I mentioned Fin du Monde was hazy, and conveniently there’s a card for that. It’s also a frothy beer when first poured, with big carbonation that almost pushes the cork straight out of the bottle as soon as you remove the wire cage on top. Combine those two attributes with the golden color, and we can start marking out how this beer looks.

In addition, the sweetness and the alcohol presence are primarily noticed while tasting, but the fruit and spice notes come out strong as soon as the bottle is opened. By forming columns and aligning the tasting cards with the evaluation cards, I can start building up a better picture of how this beer tastes.Since there are clarifying tasting notes printed on each of the family cards, what commonly happens is that you’ll find your group picking out more specific aromas and flavors from the cards that help describe the beer in more detail. 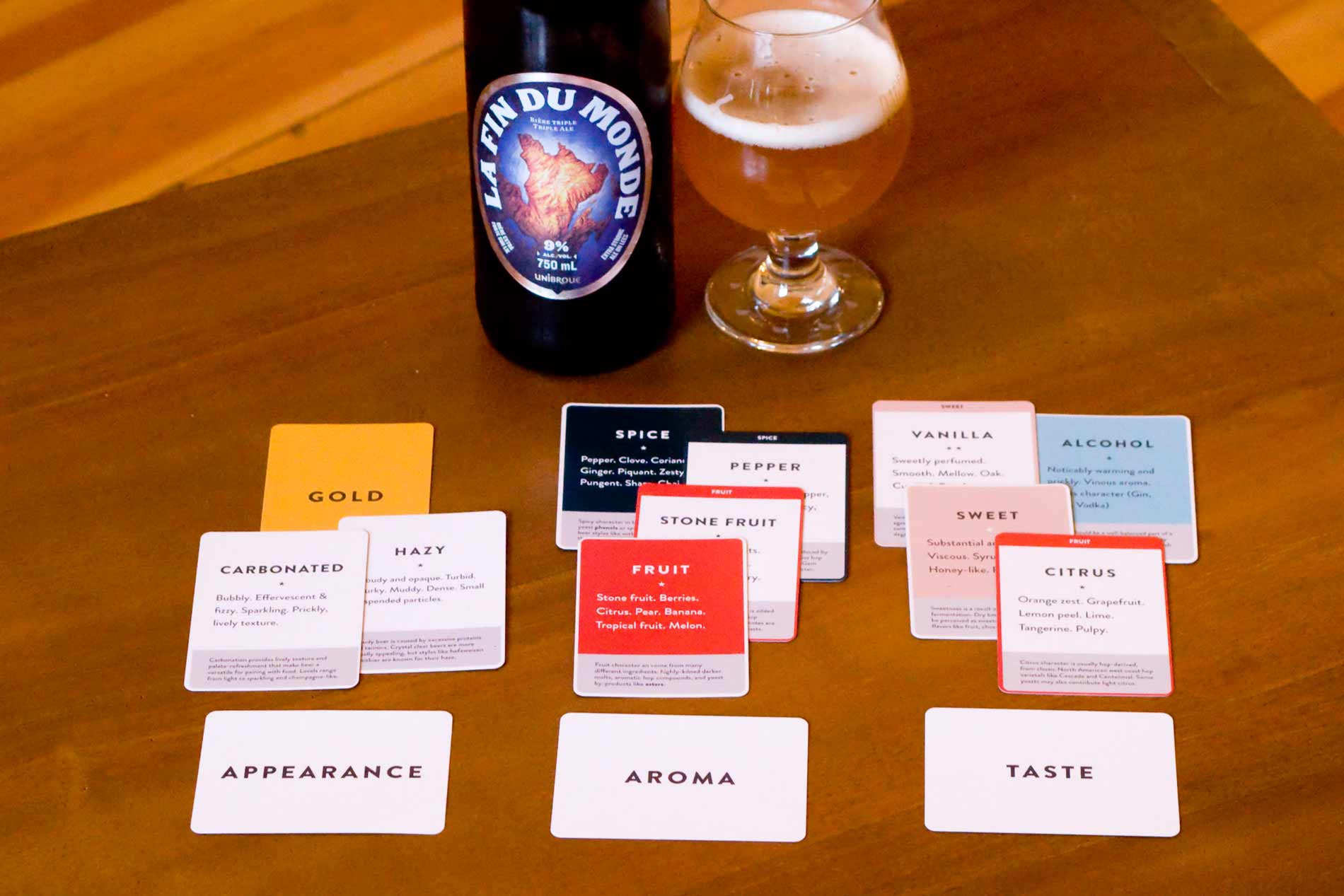 So in this case, I was able to identify the spicy character as pepper, and the fruit as being a split between stone fruit and citrus. Additionally, the sweetness struck me as leaning slightly in a vanilla direction.

Once you’re comfortable with describing beer to this level of detail, the second deck of cards gives you even more evaluation tools and the ability to dive into a huge variety of specific tastes. 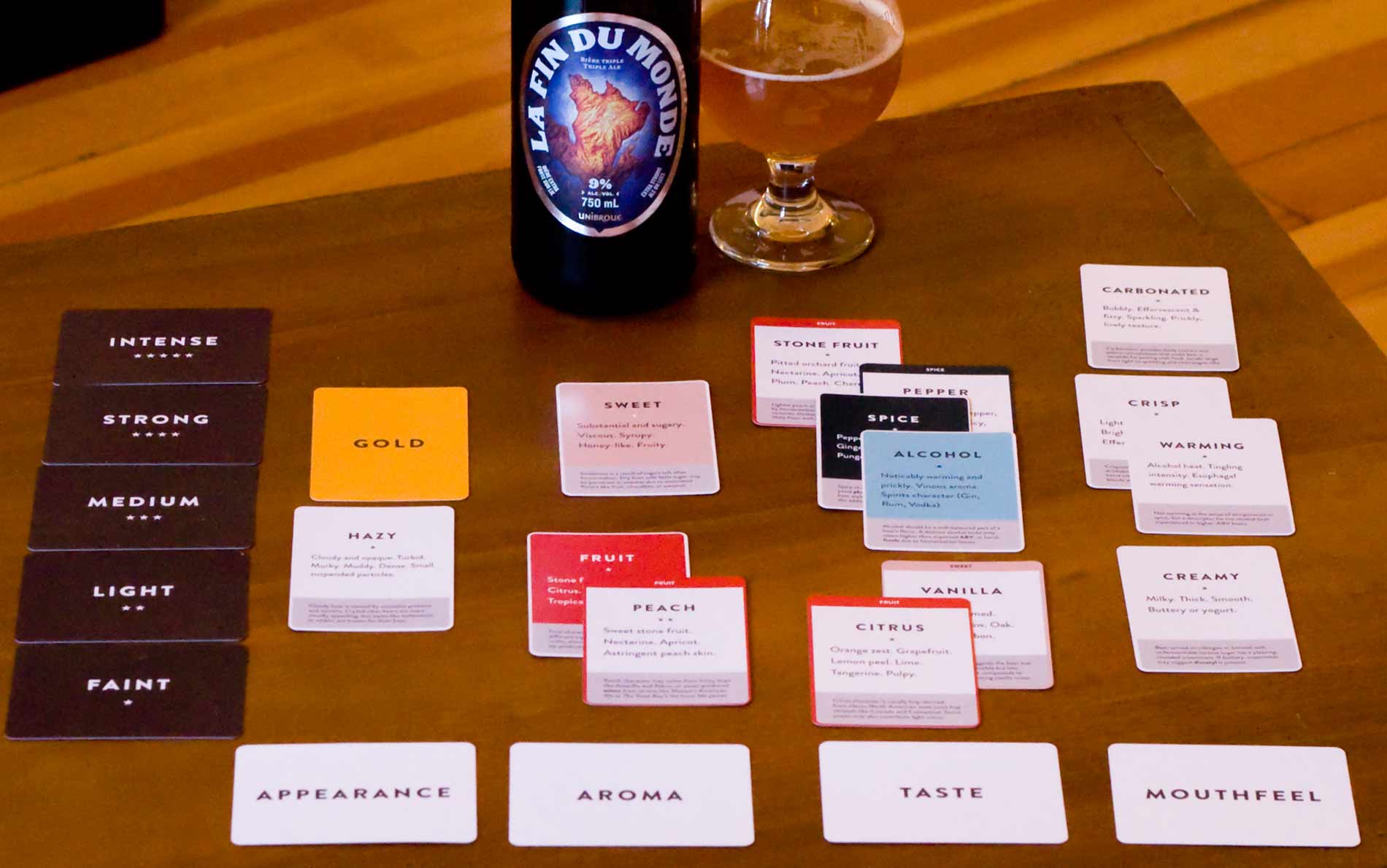 By using the intensity scale I can show whether I’m perceiving something as light or strong. I can also start describing the physical sensation of the beer, known as mouthfeel. And with more specific tasting cards, I can call out that stone fruit character as being peach-like.

With 108 cards, the two decks provide a lot of nuance and detail. They don’t cover every situation however, so stay tuned for a future update where I shed some light on the Second Edition.

Sign up for an email notification when the Palate Deck is available for purchase.