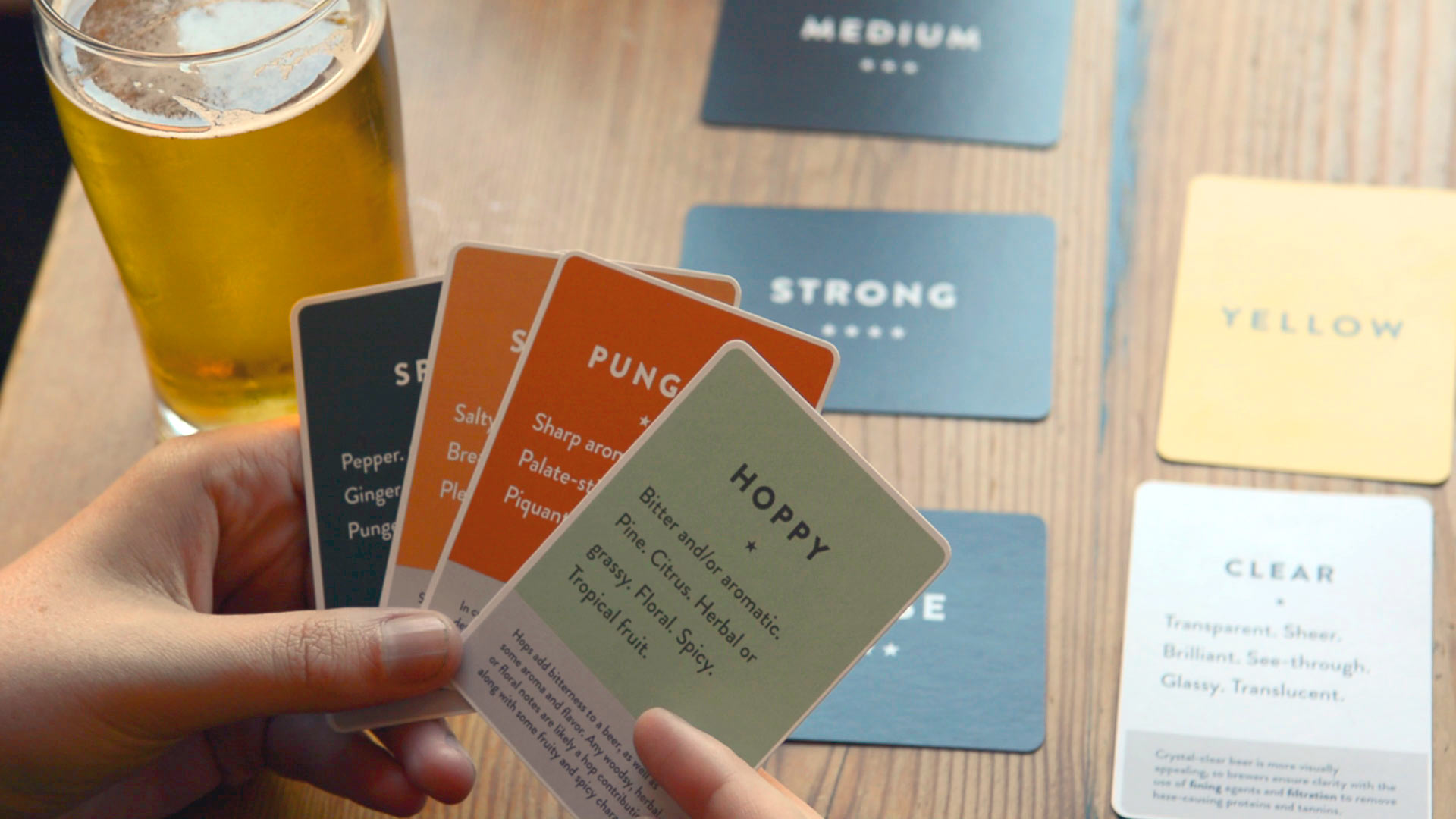 Stop me if any of this sounds familiar.

You’re out having pints of your favorite local IPA, and for some reason it tastes a lot sharper and rougher than usual.

Or, maybe you’re splitting a bottle of saison with a few friends and you’ve all noticed a distinct spiciness you’re all trying to find the right word to describe.

Or perhaps you’re sampling your way through a flight at a new local brewery, and there’s something not quite right about their golden ale… but you can’t put your finger on it.

We’ve all had beer-drinking experiences like these. Maybe you’ll get lucky and have a knowledgeable server who can help you diagnose what you’re tasting, but when you’re on your own how do you get to the bottom of your pint glass, so to speak?

I barely need to mention how popular craft beer is right now. People care about what they’re eating and drinking more than ever, and they want to drink better beer.

Those same people are increasingly interested in having a basic literacy of the flavors and aromas they’re experiencing in various beer styles. The problem is that there’s not much out there to help you understand what you’re tasting when you drink.

It’s true that many existing beer books and courses are geared toward the brewing process, beer history, and the ingredients you’d use when making beer. But where do you turn if you want to start with the flavors in your glass right now?

This is what the Palate Deck is about.

How does it work?

Everyone already knows plenty about culinary and beverage terms for basic tastes and smells, thanks to the fact we’re conscious humans who consume food and drink. These are the closest thing we have to a universal when it comes to describing what we taste, and they can absolutely be applied to beer. 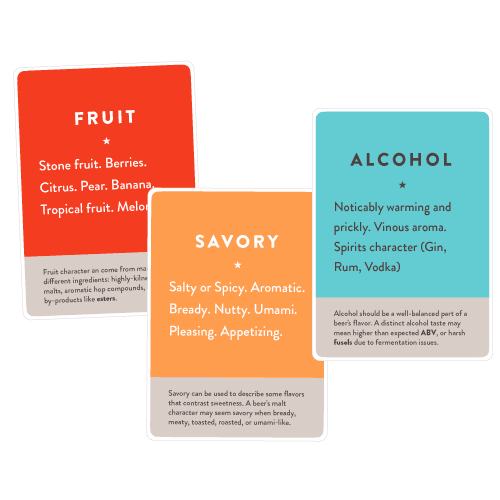 What the Palate Deck offers is a starting point. It creates a structure for your conversation and a cheat sheet for your beer vocabulary.

On each card you’ll find a word, and a lot of ways of describing that word. Players consider these, discard the ones that don’t match, and talk about the ones they think might apply. You match terms you’re already familiar with to the beer you’re drinking, which allows you to learn more about both your beer and your preferences.

There’s more to it of course, but that’s the quick summary of how it works. And if you really want to know what’s causing something in your beer, there’s extra information on each card to give you some context about why you’re experiencing that flavor or aroma.

When can you buy it?

You’ll get your first chance to buy the Palate Deck when the Kickstarter campaign launches during the first two weeks of October. Follow along on Twitter or Facebook to hear about it, or sign up for a one-time email when the campaign goes live.

Sign up for an email notification when the Palate Deck is available for purchase.